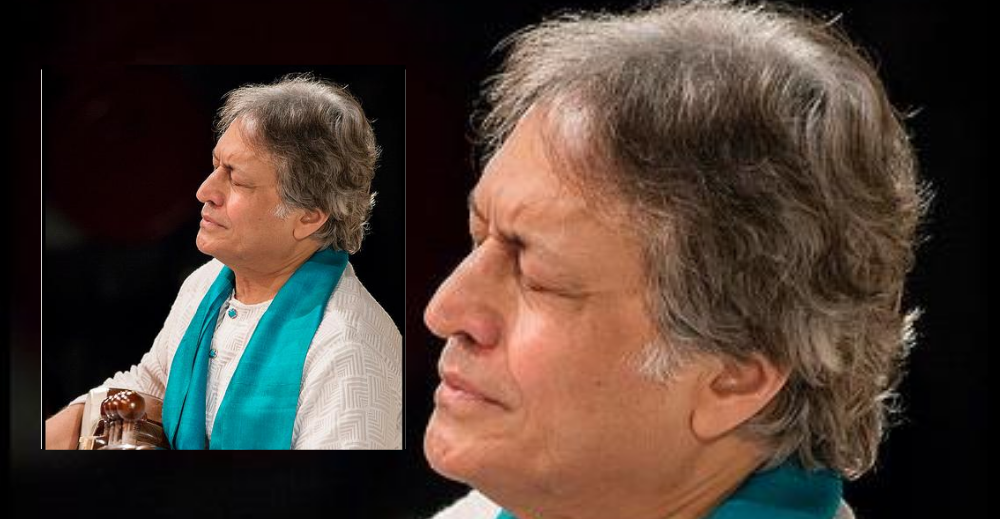 A rare match of tradition and music. Attractive personality, beautiful sound and a style that will drive you crazy. Such is the prince of the sixth generation of Senia Bangash gharana, Ustad Amjad Ali Khan. We will talk about Khan Saheb later. First let’s talk about Sarod. It has such strange magic that once you start listening to it, you just can’t stop! Sarod is made from Rabab. The same Rabab that Pathans played. Remember Rabab has been played in the song ‘ As Mere Pyare Vatan’ in the film Kabuliwala. Pran in the song ‘Yari Hai Imaan Mera’ from the film Zanjeer, is also seen holding Rabab in the song. Rabab is a very old instrument. It is said that Guru Nanak’s pupil Mardana played Rabab and he loved it. Even today, Rabab is found in parts of Middle Asia, Kashmir and Afghanistan. It is played as part of folk music there.

Amjad Ali Khan’s ancestors had come from Afghanistan. They were called Bangash. Though they were in the business of buying and selling horses, they played the Rabab with great love and interest. Amjad Ali Khan says that his ancestors modified the rabab into sarod. In Rabab, the finger board was wooden and strings were made of leather, whereas in a Sarod, the finger board is metallic, strings are made of steel and the plectrum is made of coconut shell. The difficult thing is that it does not have frets or a bar like in a guitar or sitar. A determined mind is needed to play sarod. Sarod is actually a Persian word. The correct pronunciation is sarood, which means music. Rabab produces limited range of notes whereas extremely melodious music can be produced through meend in sarod.

Hafiz Ali Khan was a very strict teacher. He could not tolerate wrong notes. If one note was played wrongly, he would either tell his pupil to go away or get up and leave himself. Under such guidance Amjad Ali Khan learnt Sarod and made his father proud with his first stage performance when he was merely six years old. Ustad Hafiz Ali Khan sang beautifully. He also taught by way of singing. He believed that sarod should sound like a song. It should express emotions. This training shows in Amjad Ali Khan’s music. Khan Saheb doesn’t play sarod. He actually sings through sarod! His father taught him that playing sarod is not his profession. It is worshipping the almighty. It is the way of life. For complete training, he sent Amjad Ali Khan to trained singers for formal training in singing. He was also sent to professional tabla players. The notable point is that along with music, he gave special attention to traditional and cultural values, and his mannerisms, which is the unique trait of Amjad Ali Khan’s personality.

Hafiz Ali Khan was a simple man and a true musician. Amjad Ali Khan tells that when Hafiz Ali Khan was honored with Padma Bhushan, he got a chance to meet India’s first president, Rajendra Prasad. Rajendra Prasad asked him, “Khan Saheb, I hope you are doing fine. Tell me what can we do for you?” Hafiz Ali Khan said, “The purity of raag Darbari is in danger. It is a raag introduced by Tansen. These days people are not paying attention to its purity. Please do something about it.” Rajendra Prasad smiled at his innocence. The ancestral house of Ustad Hafiz Ali Khan in Gwalior has been turned into a museum. It is named Sarod Ghar. The instruments of earlier maestros are kept there. There are also many rare photos there. Amjad Ali Khan has also written a book on his father and the musicians of his time,‘My Father, Our Fraternity’.

Amjad Ali Khan believes that music is godly. Worshipping music is like worshipping God. He also believes that true music makes a human being better. It connects a man with another. He had a love marriage with well known Bharatnatyam dancer Shubhalakshmi Barua. Shubhalakshmi was a great dancer, but she left her dancing career for family. What is notable is that despite living in a Muslim family, Shubhalakshmi follows Hindu traditions and rituals. Khan Saheb’s both sons, Amaan and Ayaan, have become established sarod players. Khan Saheb always takes Shubhalakshmi ji’s name as their first guru. Gulzar made a documentary on Amjad Ali Khan’s musical career and personal life, which won the Filmfare award in 1990.

Amjad Ali Khan has become a synonym for sarod. His fans are present in all corners of the world. He has been doing projects with international musicians and orchestra. Khan Saheb introduced about 40 raags, out of which he dedicated mostly to someone or the other. For example, raag Hafiz Kauns for his father, raag Rahat Kauns for his mother, raag Bapu Kauns for Mahatma Gandhi, raag Shubhalakshmi for his wife, raag Ganesh Kalyan for lord Ganesha, raag Priyadarshini for Indira Gandhi and Jawahar Manjari for Jawaharlal Nehru. Besides many big honors around the world, Khan Saheb has been awarded Padma Shri, Padma Bhushan and Padma Vibhushan in India. Words are not enough to express his contribution and achievements in the field of music. May he live a long life and always enchant us with his music.