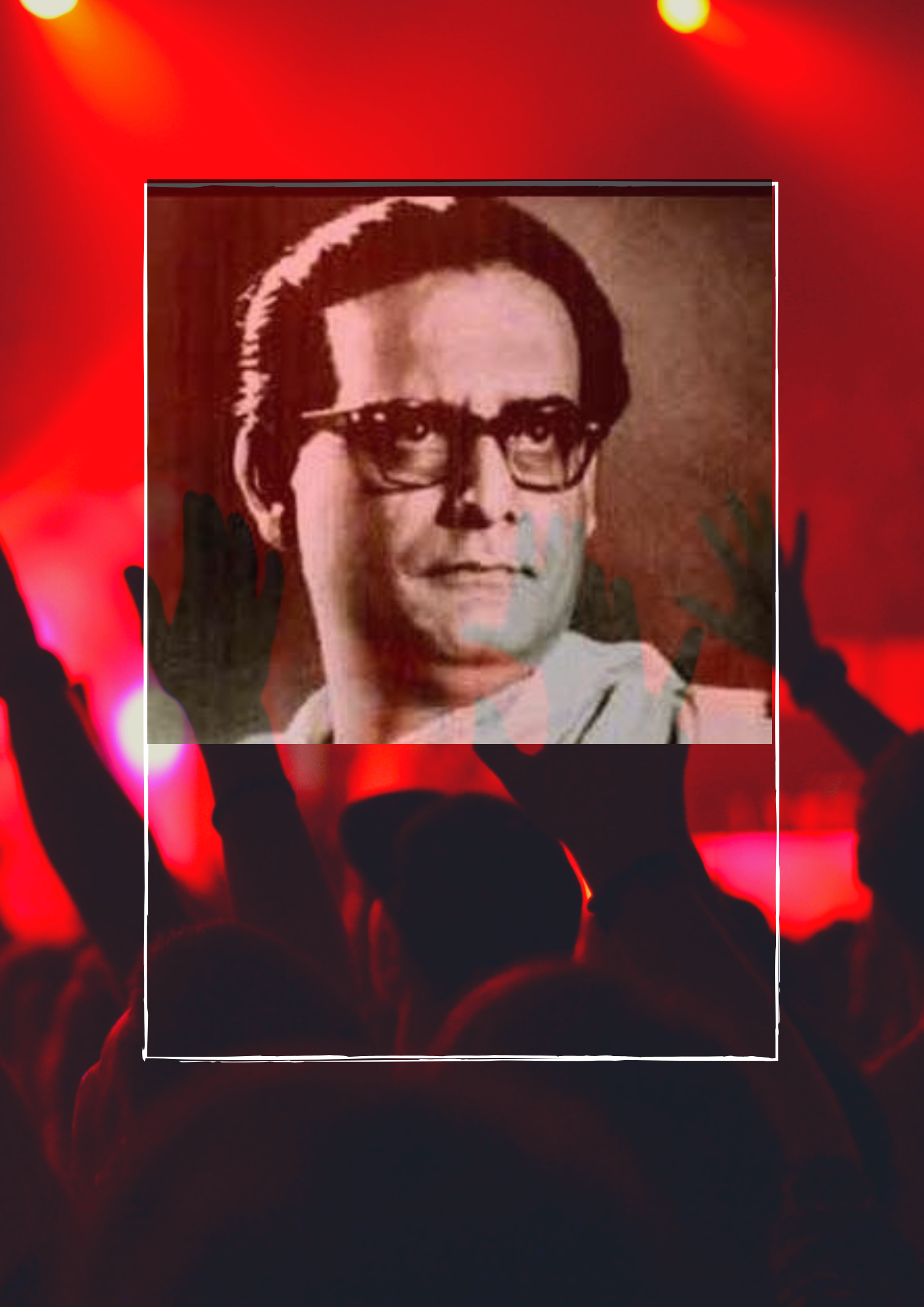 Hemanta Mukherjee, often credited as Hemant Kumar, was an Indian playback singer, music director and film producer, who sang in Bengali, Hindi and other Indian languages.

Hemanta was born in the city of Varanasi, India. His family migrated to Kolkata in the early 1900s. After passing the intermediate examinations, Hemanta joined Bengal Technical Institute at Jadavpur to pursue Engineering. However, he quit academics to pursue a career in music, despite parental objection.

In 1937, Hemanta cut his first gramophone disc under the Columbia label. Thereafter, every year Hemanta continued to record non-film discs for the Gramophone Company of India (GCI) till 1984. Hemanta’s first film song was in the Bengali film Nimai Sanyas released in 1941. His first Hindi film songs were in the fim Irada in 1944 under Pt. Amarnath’s music direction. Lyrics were by Aziz Kashmiri.

Hemanta is also considered a foremost exponent of Rabindra Sangeet.

His first movie as a music director was the Bengali film, Abhiyatri in 1947. By the mid-1950s, Hemanta had consolidated his position as a prominent singer and composer. In 1945, Hemanta married Bela Mukherjee, a singer from Bengal. In the late 1950s, Hemanta ventured into movie production under his own banner: Hemanta-Bela productions.

In 1987, he was nominated for Padma Bhushan which he refused politely, having already turned down the offer to receive Padma Shri in the 1970s. Despite his ageing voice, he became the Best Male Singer in 1988 for his rendition in the film “Lalan Fakir”.

In September 1989 he travelled to Dhaka, Bangladesh to receive the Michael Madhusudan Award, as well as to perform a concert. Immediately after returning from this trip he suffered a second heart attack on 26 September and died at 11:15 pm in a nursing home in South Calcutta.