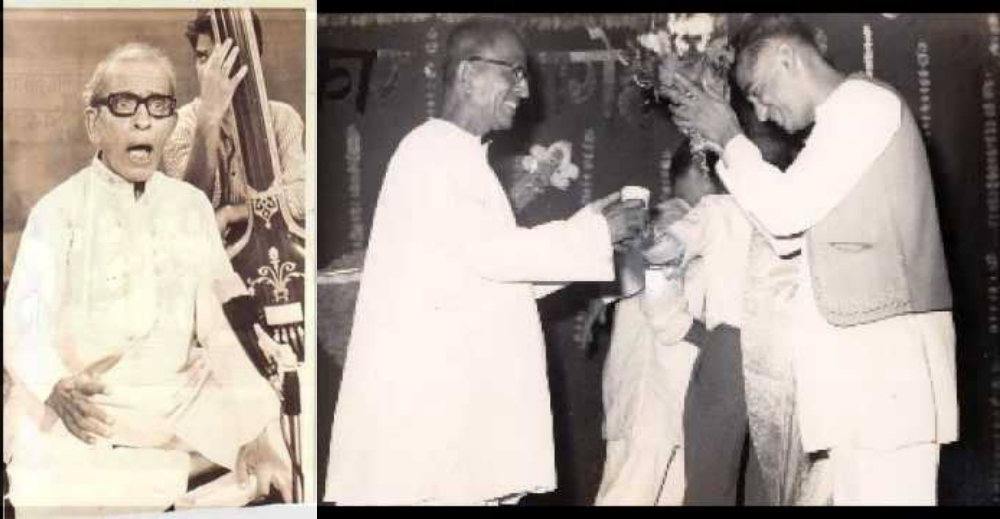 Born on 30th January 1911, he was immersed in music, both in vocal and the violin from his very childhood. Being the son and disciple of Pandit Anant Manohar Joshi, he was also a direct disciple of Pandit BalkrishnabuaIchalkaranjikar. He learnt from his father for many years and later trained under Ramkrishna Vaze Bua. Feeling the need to imbibe from other gharanas as well, he sought and received guidance from stalwarts like Ustad Bhurji Khan, son of Ustad Alladiya Khan of Jaipur and Ustad Vilayat Hussain Khan of the Agra gharana. As a result, his style of music presented a very ingenious blend of the graces from the three leading gharanas i.e. Gwalior, Agra and Jaipur.

Gajananrao Joshi possessed a rare mastery over both instrument and voice being equally outstanding both as a violinist and a vocalist. His forte was the gayakee ang on the violin. He was master of laya and taal too, making his jugalbandis with maestros like Ustad Ahmadjan Thirakwa, Pt. Ravi Shankar and Ustad Vilayat Khan a connoisseur’s delight.

He was a Professor of Music for Bombay University in 1970 and was Music Advisor to the All India Radio.

He was conferred the Sangeet Natak Akademi Award for Hindustani instrumental music in 1972 and Tansen Samman by the government of Madhya Pradesh in 1985.