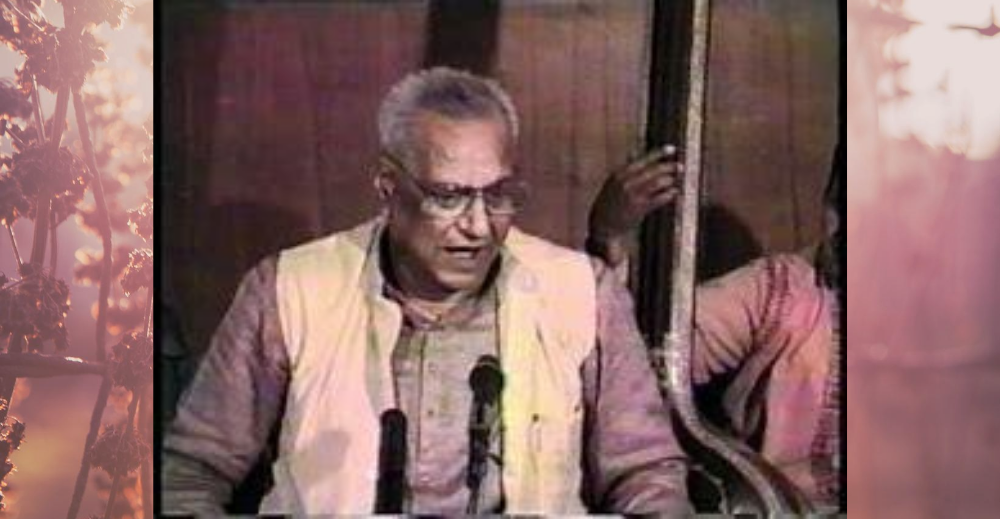 Shrikrishna Narayan Ratanjankar or S N Ratanjankar was a distinguished scholar and teacher of the Hindustani classical music from the Agra gharana.

Foremost disciple of Vishnu Narayan Bhatkhande and Faiyaz Khan of Baroda, he also remained principal of Bhatkhande Music Institute, Lucknow, for many years, where he trained many noted names in the field of music.

At the age of 7, S.N.Ratanjankar was trained under the guidance of Krishnam Bhatt of Karwar. He also received guidance from Anant Manohar Joshi of the Gwalior gharana and later under Faiyaz Khan of the Agra gharana. In 1911, he started training with musicologist Vishnu Narayan Bhatkhande.

As a vocalist he sang Dhrupad and Khayal styles of the Agra gharana. Ratanjankar has more than 800 compositions under his pen name “Sujan”. He also published books on the Indian classical music and composed three operas.

In 1957 he was awarded Padma Bhushan by the government of India.