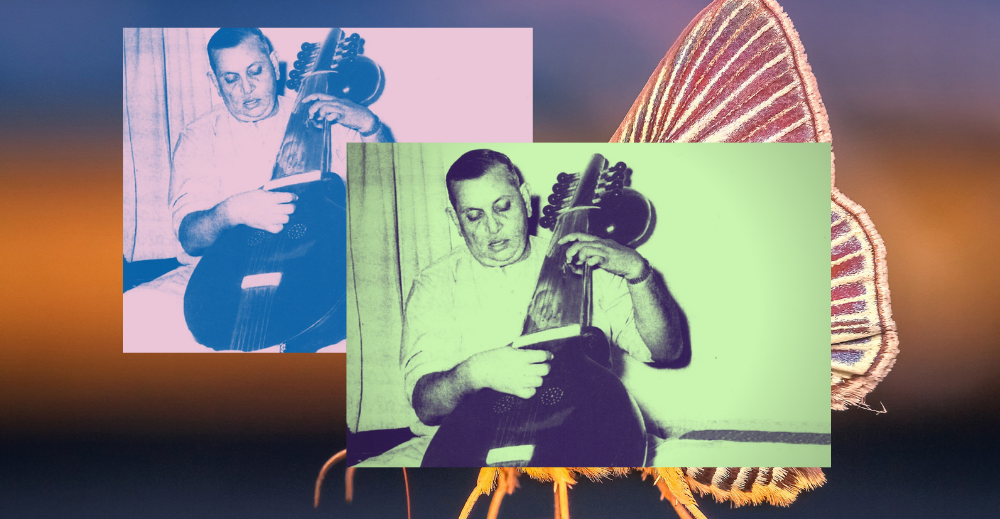 Pandit Birendra Kishore Roy Chowdhury was a master of the Dhrupad style, especially in instrumental music, and played the Bin, the Sursringar and the Seni Rabab.

Bijendra Kishore Roy Chowdhury not only continued this tradition of patronage, but became the disciple of many of the great musicians of his time, including Mohammad Wazir Khan, the great Binkar of Rampur and the last descendant of Tansen’s daughter Saraswati. He also learnt from Mohammad Ali Khan who was the second son of Basat Khan. Imdad Khan, founder of the lineage of Sitar represented today by his grandson Vilayat Khan, also became his guru. He also received training from Allauddin Khan, father of Ali Akbar Khan and Annapurna Devi, and guru to Ravi Shankar. Besides these, Hafiz Ali Khan, the great Sarod maestro, was also one of his gurus.