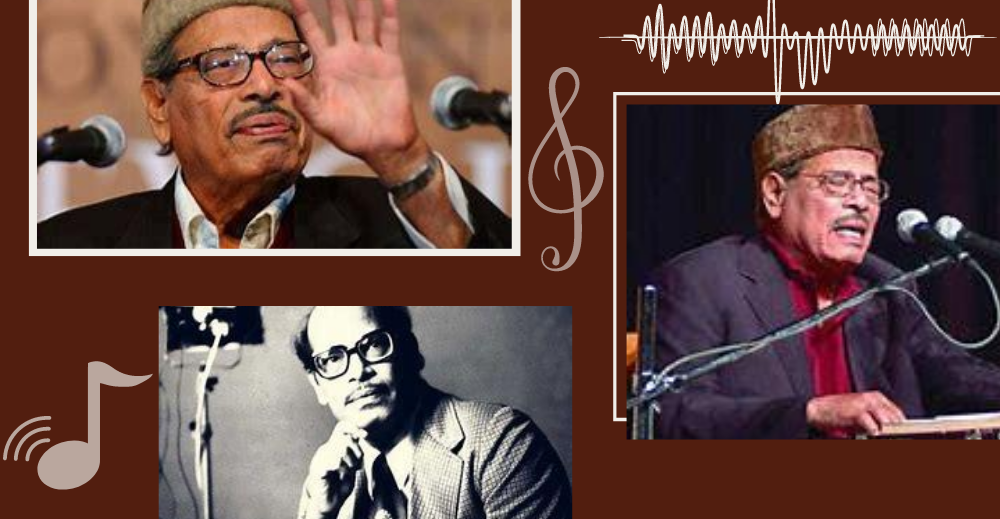 Prabodh Chandra Dey, known by his stage name Manna Dey, was an Indian playback singer. He debuted in the film Tamanna in 1942, by the song “Upar Gagan Bishal” and went on to record more than 4,000 songs from 1942 to 2013. Dey sang in all the major regional Indian languages, though primarily in Hindi and Bengali. His peak period in Hindi playback singing was from 1953 to 1976.

Dey started his career in playback singing with the movie Tamanna, in 1942. But it was only in 1943 that he got his first solo break with Ram Rajya. Incidentally, the producer of the film Vijay Bhatt and its composer Shankar Rao Vyas had approached K C Dey with an offer for playback in the film. When K C Dey refused the offer on the grounds that he would not lend his voice to other actors, they spotted Manna Dey sitting in the corner of the room and offered him the opportunity.

Manna Dey established his verstality between 1948 to 1954 by singing not only the classical based film songs but also singing such film songs which were fusion of Indian classical music and pop music and by giving classical music concerts. His experimentation with western music too produced many unforgettable melodies resulting in an increase in singing offers in films from 1955. He began singing ghazals in Hindi films from 1953. He also composed music for Hindi films.

In December 1953, Manna Dey married Sulochana Kumaran. She was originally from Kannur, Kerala. Together they had two daughters , Shuroma  and Sumit. Sulochana died from cancer in Bengaluru in January 2012. After her death Dey moved to Kalyan Nagar in Bengaluru after spending more than fifty years in Mumbai.

After 1992, Dey withdrew himself from Hindi film music. But he continued to sing for Bengali movies, bhajans and gazals in different languages and appeared in live performances during 1992 to 2012. His last live performance was in 2012 in Mumbai. His last recorded song in Hindi films was for the film Umar in 2006.

Dey died of a cardiac arrest at 3:45 pm on 24 October, 2013 at Narayana Hrudayalaya hospital in Bengaluru.