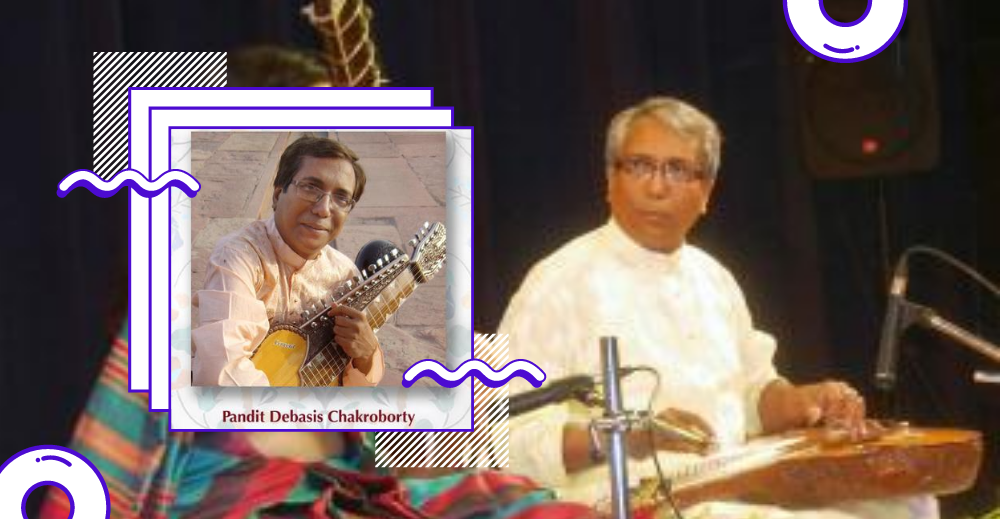 Debasis Chakroborty is an Indian classical slide guitar player who belongs to the Senia-Maihar gharana. Chakroborty was born in Calcutta, India, and was brought up in a musical atmosphere. He began learning guitar from his father, Shri  Madhusudan Chakroborty. He then came under the tutelage of Pt. Barun Kumar Pal, a renowned guitarist from Kolkata and Pandit Jotin Bhattacharya, an eminent Sarod player and senior disciple of Ustad Baba Allauddin Khan Sahib of the Maihar gharana. Later, Debasis became a disciple of the guitar maestro, Pandit Brij Bhushan Kabra.

Debasis’s style of playing combines both Gayaki and Tantrakari Angs. He is still following the oldest tradition of playing Sarod, Sitar and Veena with his modified Hawaiian guitar, which has its own beautiful technical virtuosity and three octave advantages. His purity of style, uniqueness of imagination and total absorption with melody coupled with his brilliant technique make his recital enchanting. He is an A grade artist with the All India Radio.