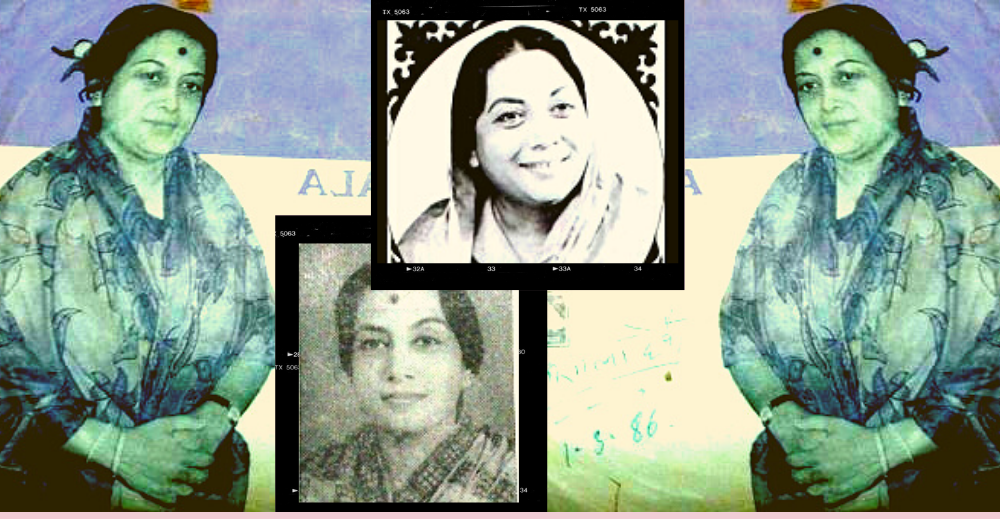 Nirmala Devi, also known as Nirmala Arun, was an Indian film actress in the 1940s and a Hindustani classical vocalist of the Patiala gharana. She is also the mother of Bollywood actor Govinda. She was the wife of the 1940s actor Arun Kumar Ahuja. She had six children, including Indian film actor Govinda and film director Kirti Kumar.

Nirmala Devi was born in the holy city of Varanasi (then known as Banaras), in the northern Indian state of Uttar Pradesh. Her father, Vasdev Prashad Singh, a jeweler by profession, belonged to the Gaharwar Rajput clan and owned a prosperous business in the city. Her mother Shrimati Kusum Devi, a traditional home-maker, hailed from the village of Shahganj in the district of Faizabad. Nirmala Devi was the eldest of the 12 siblings, nine brothers and three sisters.

Nirmala accompanied her father to Mumbai, then known as Bombay, at the age of 15 to record her first album with the premier music company of that time, His Master’s Voice (HMV). Later, she also performed for AIR and Doordarshan.

She was married to actor Arun Kumar Ahuja in 1942. They had 6 children, 4 daughters and 2 sons. The sons are Indian film actor Govinda and film director Kirti Kumar. Nirmala took to acting during the period of her betrothal and her first film to be released was ‘Savera’, with husband Arun as co-star.