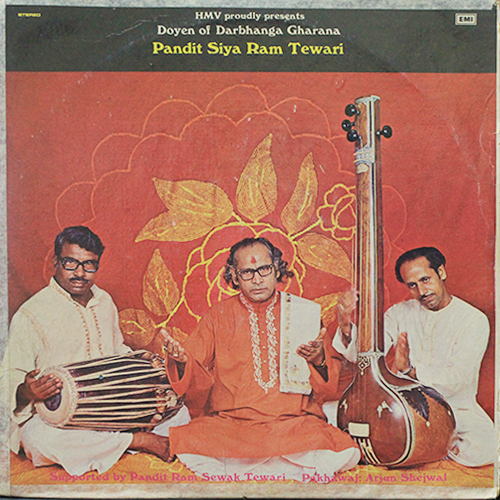 Pandit Siyaram Tiwari was an Indian classical singer and leading exponent of Dhrupad-genre of Hindustani classical music. He belonged to the Darbhanga gharana and was based in Patna. Though Darbhaga gharana is known for its laykari  (tempo) techniques, he was the first exponent of the gharana to promote fast paced laykari in Dhrupad, which developed in the second half of 20th-century.

Born in 1919 in Darbhanga, Bihar, he received his training in Dhrupad from his maternal grandfather, who was from the Dharbhanga gharana. Subsequently his learnt different styles like Khayal, Thumri and Bhajan from his father, Baldev Tiwari.

His gayaki or style of singing was known for swara, meend, gamak and laykari.

He was a leading performer at the All India Radio, Patna.