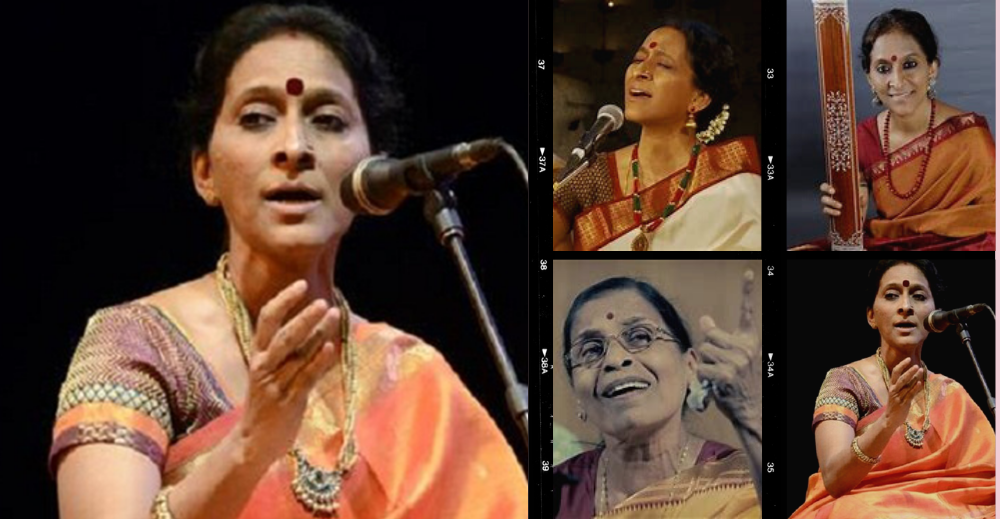 Jayashri Patanekar’s family is originally from Sawantvadi in Indian state of Maharashtra. Patanekar was initiated into Hindustani classical music by the late Vithalrao Pai in Sawantwadi. Her family later shifted base to Goregaon in Mumbai. Her father was a painter and later started working in the secretariat. When she was 16 she began learning under K. D. Gavkar of the Kirana gharana in Mumbai. Gavkar guruji was a disciple of Abdul Karim Khan. She learnt from him for quite some time and participated in the All India Radio music competition in 1963 where she came second. Her recording was sent to Delhi and later in 1964, she came first in the entire country. Her family decided to organize a small function to felicitate Gavkar guruji. It was during this function that she met Gajananrao Joshi, who was the chief guest for the program. Gajananrao Joshi graciously agreed to train her. It was under Gajananrao Joshi, who was a well known ‎violinist and vocalist, that she matured as a vocalist. Joshi trained her in all aspects of the vocal music, and nuances of Jaipur and Gwalior styles of singing. She also took guidance from Nivruttibua Sarnaik and Pandit Ratnakar Pai of the Jaipur gharana.

She is a recognized A grade artist at AIR and have been giving musical concerts all over India.