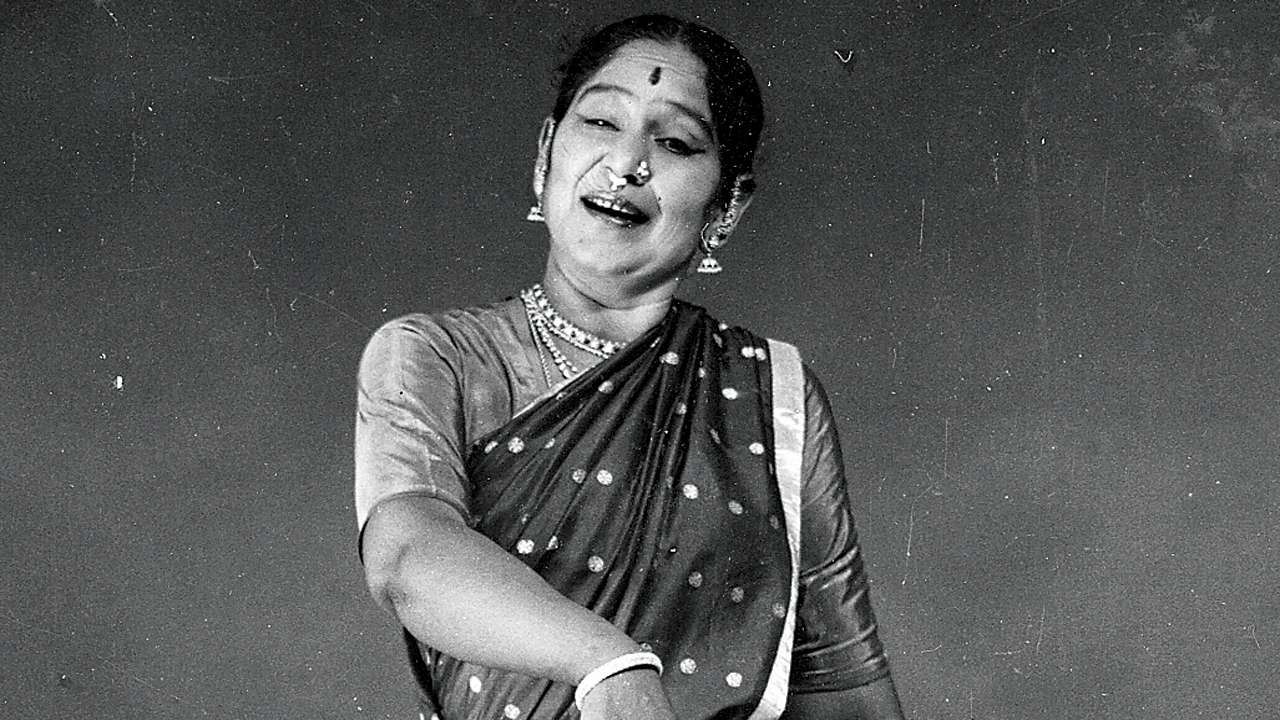 A Biography of an Indian Classical Bharatanatyam Dancer Balasaraswati

Tanjore Balasaraswati,[1] also known as Balasaraswati (13 May 1918 – 9 February 1984), was a celebrated Indian dancer, and her rendering of Bharatanatyam, a classical dance style originated in the South Indian state of Tamil Nadu, made this style of dancing well known in different parts of India and many parts of the world.

Balasaraswati was a seventh generation representative of a traditional matrilineal family of temple musicians and dancers (devadasis,[3] who traditionally enjoyed high social status), who have been described as the greatest single repository of the traditional performing arts of music and dance of the southern region of India [(“Balasaraswati” by V.K. Narayana Menon)]. Her ancestor Papammal was a musician and dancer patronized in the mid-eighteenth century by the court of Thanjavur. Her grandmother Vina Dhanammal (1867–1938) is considered by many to be the most influential musician of the early twentieth century. Her mother, Jayammal (1890–1967) was a singer who encouraged the training of Balasaraswati and was her accompanist.

Balasaraswati created a revolution in traditional music and dance for bharata natyam, a combination of the performance arts of music and dance. She learned music within the family from her infancy, and her rigorous training in dance was begun when she was four under the distinguished dance teacher K. Kandappan Pillai, a member of the famed Thanjavur Nattuvanar family. Her younger brothers were the musicians T. Ranganathan and T. Viswanathan who would both become prominent performers and teachers in India and the United States. Her daughter, Lakshmi Knight (1943–2001), became a distinguished performer of her mother’s style. Her grandson Aniruddha Knight continues to perform the family style today, and is artistic director of Bala Music and Dance Association in the United States and the Balasaraswati School of Dance in India. Her son-in-law Douglas M. Knight, Jr. has written her biography with the support of a Guggenheim Fellowship (2003). Famous Indian film maker Satyajit Ray made a documentary on her works.

Balasaraswati’s debut took place in 1925. She was the first performer of her traditional style outside of South India, performing first in Calcutta in 1934. She went on to a global career that attracted international critical attention and the respect of dance greats such as Shambhu Maharaj, Dame Margot Fonteyn, Martha Graham, and Merce Cunningham. In a review in 1977, the New York Times dance critic Anna Kisselgoff described her as one of the “supreme performing artists in the world”. India Today, one of the leading news magazine of India, based on a survey, classified her as one of the 100 prominent Indians who have shaped the destiny of India. She received numerous awards in India, including the President’s Award from the Sangeet Natak Akademi (1955), Padma Vibushan from the Government of India for distinguished national service (1977) and Sangita Kalanidhi from the Madras Music Academy, South India’s highest award for musicians (1973). She was the only non-western dancer included in a compilation of the Dance Heritage Coalition, “America’s Irreplaceable Dance Treasures: The First 100” (2000).