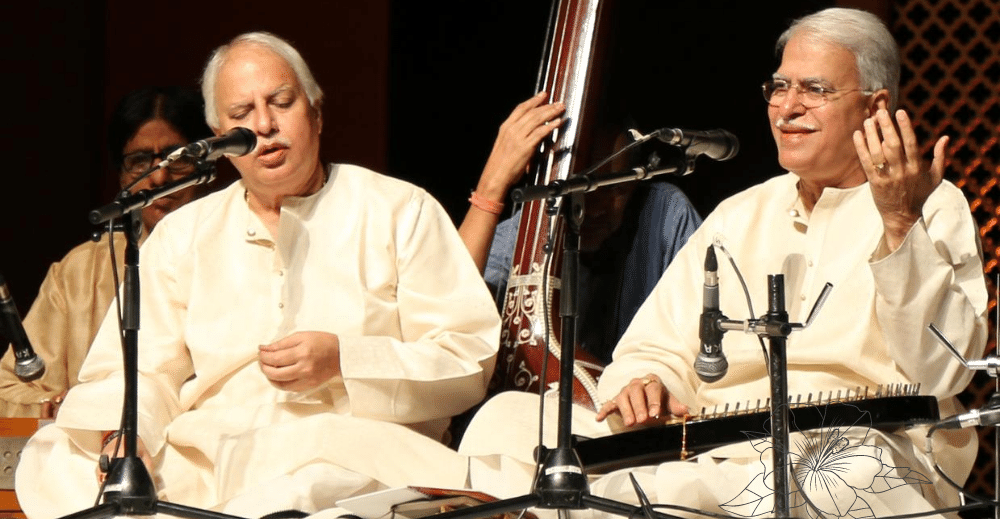 The Younger Brother Sajan Considers The Elder Brother As His Mentor

It’s an incredible experience to listen to Rajan-Sajan Mishra. An alaap as deep as the sea and taans as playful as a waterfall. From Kharaj to Tar Saptak, all sur (notes) equally smooth and filled with the joy of sweetness. Listen to them sing Khayal, a devotional song, Thumri , Tarana or Tappa, it is the same divine harmony. The two voices together explore the entire scope of one raga, through all the permutation-combinations of the raga, only to sing as if it’s one voice. Every time they sing, they create a path to the spiritual world by their mystical singing.

In the context of Indian classical music, Rajan-Sajan Mishra have been two of the biggest names for the past many decades. Rajan Mishra and Sajan Mishra are brothers. The duo belong to Banaras. Rajan is five years elder to Sajan. At a very young age both brothers started getting trained in classical music by their grandfather and music guru Bade Ramdas. And this is how their musical journey in life began. But the real training was given to them by their father, Sarangi player, Hanuman Prasad Mishra and uncle Gopal Prasad Mishra.

When Rajan was about 10-11 years old and Sajan about 5-6 years of age, both brothers began to participate in the small programmes organised in the temples of Banaras. Rajan-Sajan say that in those days there wasn’t much money in the music business. So after completing their studies, both brothers started managing accounts in a small shop. It was then that Jagjit Singh, the chief satguru of the Namdhari sect, happened to hear them singing. Realiszing their potential, he asked them to concentrate on their singing and that he would pay them double of what they earned in return. Today they have fans and admirers worldwide.

In 1978, they had their first foreign tour to Srilanka where they sang. Since then the journey has been endless. They have performed in almost every part of the world including countries like Germany, France, Switzerland, America, Britain, Singapore, Qatar, Bangladesh… The list is endless! The duo have also been honourned with awards like the Sangeet Natak Academy Award in 1998, the prestigious Padma Bhushan in 2007 and the Tansen Award in 2012.

The younger brother Sajan considers the elder brother as his mentor and guide and that is why the feeling of competition has never come in the way of their singing. Right from childhood days, they had been taught to love each other’s music and that is exactly why when they sing, only ragas echoe and the beauty of music shines flawlessly. Rajan-Sajan Mishra live in Rameshnagar in Delhi. They also run a music school by the name of Gurukul Viram in the heart of nature midway Dehradun and Mussoorie. They sometimes take some of their worthy students there and give them lessons on music.

Besides music, both brotrhers love to play cricket. They are also popular in their close group of friends for their sense of humour. Markand Brahmi has also made a film that covers all aspects of the Rajan-Sajan Mishra’s lives and their musical journey.

For all music learners and movie buffs, this film is a must watch!