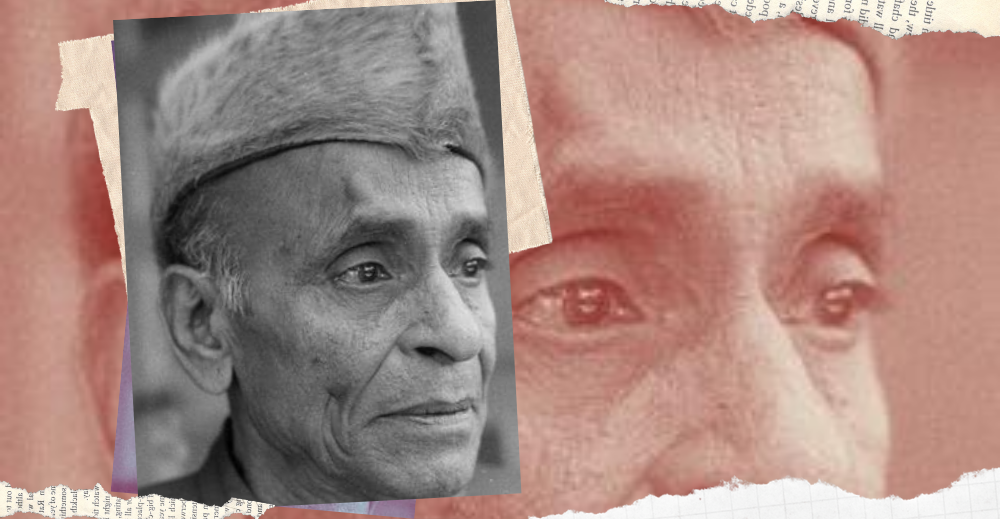 He lived the music. From one guru to the second, from second to the third, he sat at the feet of his mentors and kept practicing the music. He went on to learn the different styles of various gharanas but he was sixty by the time the world could recognize his talent. He received the due recognition much late in life but once he became known, he was counted amongst the biggest Indian classical musicians. The Indian government also awarded them with honors like the Padma Shri, Padma Bhushan and the Sangeet Natak Academy award. This is how the legendry singer, Pandit Mallikarjun Bhimarayappa Mansur, of the Jaipur-Atrauli gharana was.

Mallikarjun Mansur’s singing had a totally different style. Absolutely unique. A voice so carefree and intoxicating..! He had the ability to sing from lower to higher notes so smoothly that he could take his voice from bass to a higher chord seamlessly. Though slightly husky, his voice had a strange magic in it. He played with the rhythms of music endlessly making one go into a deep trance enjoying his incredible talent.

Five kilometers west from the Dharwad district of Karnataka is a village called Mansur. Mallikarjun was born in this very village on 31st December 1910. There was a musical culture in the family already. His father Bhimarayappa was the head of the village. Though he was a farmer, he was very attached to music. He was also associated with the Kannada music theatre. His elder brother, Basavraj, had his own theatre group. Mallikarjun left school at the age of eight and joined his brother’s theatre group as singer, actor. He was highly appreciated for his performances as Dhruv and Prahlad as a child.

His first guru was Appayya Swamy who was a Karnatak style singer and violinist. Elder brother Basavraj Appayya Swamy used to go to him to learn singing. Mansur also got a chance through him. Appayya Swamy gave Mansur the basic training of Karnatak music. While travelling with the theatre group, Mallikarjun got a chance to perform in front of the great singer of the Gwalior gharana, Neelkanth Bua Alurmath. Guru Neelkanth Bua agreed to train Mallikarjun. From the age of twelve till he was eighteen, Mallikarjun was trained by Alurmath. Thereafter Mansur reached Bombay to decide the future course of action and look for another guru.

From the days of theatre only, Mallikarjun Mansur had heard a lot about Ustad Alladia Khan of the Jaipur-Atrauli gharana. He really desired to learn the art of singing from him. When he went to Alladia Khan, Khan Saheb gave his responsibility to his son, Manji Khan. Henceforth started the training of the Jaipur-Atrauli gharana. Though Manji Khan died just two years later in 1937. After this, for the next ten years, Mallikarjun learnt from Manji Khan’s brother, Bhurji Khan. With this Mallikarjun attained mastery in Jaipur-Atrauli Gharana’s Dhrupad and Khayal styles of singing. Mallikarjun has himself said somewhere that by the time training from Bhurji Khan was complete, he had prepared a hundred and twenty five raags!

Mansur’s singing is a mix of three different gharanas and traditions. Because as a child he learnt Karnatak music, whereas in his youth he was privileged to learn from the scholars of the Gwalior gharana and finally got associated with the Jaipur-Atrauli gharana later in life. Though an indelible impact of Khan brothers of the Jaipur-Atrauli gharana can be seen in his singing. An essential characteristic of Mallikarjun was that he sang the most unpopular raags like Shudh Nat, Shivmat Bhairav, Hem Nat, Lajwanti, Sampoorna Malkauns, Ramdas Malhar, Bihari etc.

In the beginning Mallikarjun Mansur worked in the filed of music to run the house. He sang at the All India Radio. He worked as a producer at HMV. He also worked as a music advisor at AIR Dharwad. It was in 1969 that he got his first break as a singer in Bombay, after which he gained popularity very fast. Mansur’s music impacted the listeners instantly. He did not need much time to create a musical atmosphere. He was able to establish a connect with his listeners almost instantly and this was also because of his theatrical experience as a child.

Mallikarjun Mansur was honored with Padma Shri in 1970, Padma Bhushan in 1976 and Padma Vibhushan in 1992. He also received the fellowship of Sangeet Natak Academy in 1982. His wife Gangamma gave him seven daughters and one son. His son Rajeshwar and daughter Neela Kodli are well known classical singers today. On 12 September 1992, Pandit ji took his last breath at the age of eighty one. He wrote a book on his musical journey in Kannad- Nanna Rasyatre. His son, Rajeshwar Mansur, has translated this book in English by the name of ‘My Journey in Music’. The house where Pandit Mallikarjun Mansur was born, in the Mansur village of Dharwad, has now been turned into a memorial.