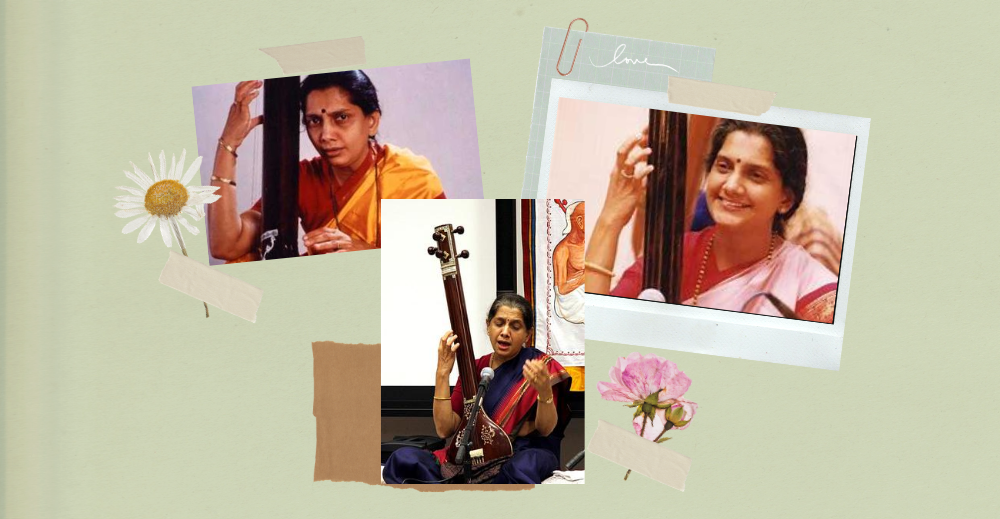 A Biography of Vocalist Veena Sahasrabuddhe

Veena Sahasrabuddhe was a leading Indian vocalist and composer of the Hindustani classical music. Her singing style had its roots in Gwalior gharana, but it also borrowed from Jaipur and Kirana gharanas. Veena was known as a singer of khayal and bhajan.

Veena was born in a musical family. Her father, Shankar Shripad Bodas, was a disciple of vocalist Pandit Vishnu Digambar Paluskar. She began her early musical education under her father, and then under her brother Kashinath Shankar Bodas. She also learned Kathak dancing in her childhood.

A.B.G.M.V. Mandal conferred on her a doctorate in vocal music (Sangeet Praveen) in 1988.

A renowned vocalist, she performed all over India and in several countries around the world.

She won numerous awards and honors during her musical career that included the prestigious Sangeet Natak Akademi Award in 2013.