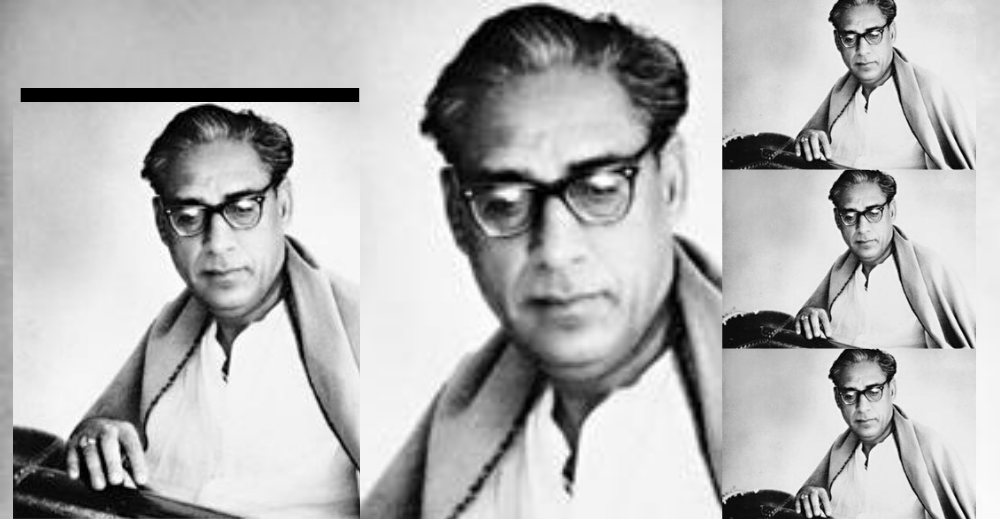 Ustad Amir Khan Music is an Incredible World of Imagination

The mind body and soul, all get painted in music when one listens to Ustad Amir Khan. He not only sings but also assesses the sur or tones of music. His music is an incredible world of imagination. The first time one listens to it, he may get irritated by the gradual high and low tones of his music. The slow alaap and tones do test the listeners’ patience at one point, but as you go deep into his music, its magic will overpower you. Most singers from the Kirana Gharana have always emphasized that lyrics do not hold much of a relevance in Khayal gayaki, but Ustad Amir Khan thinks differently. While listening to him you feel that he is actually living the meaning of what he is singing. He had the potential to take the listener through the unique mood and the real sense of different ragas of classical music like Bhairav, Todi, Lalit, Marwa, Puria, Maalkauns, Kedar, Darbari, Multani, Poorvi, Abhogi, Chandrakosh, Hem Kalyan, Rageshree, Shudha Kalyan, Shudha Saarang. When he sang, he appeared totally lost and engrossed in his own singing. It is a music filled with life. The incredible composition of notes. The intricate details. Really! It’s as if he doesn’t sing but takes one through the limitless ocean of music. As if his singing fills the vacuum inside us. One may say a zillion times that there is no relevance of lyrics in Khayal but every time he sang Khayal, he proved all wrong. He also never agreed that there is no relevance of lyrics in Khayal. He said, “poetic elements are as important in Khayal as is the element of ragas. Only if an artist has an understanding of poetry, can he be a good musician.” His singing reassures this belief of his.

Ustad Amir Khan introduced many new words to Khayal gayaki. ‘Guru bin gyan’ sung by him echoes in the mind. As he is singing, the depth of emotions trickling down to the heart through his notes. Also listen to ‘Jinke man Ram biraje’ sung in raga maalkauns by him. You will find a sense of compassion in all the lyrics.

I think that the Khayal gayaki of the Bhindibazaar Gharana was perfectly conditioned only by the singing of Amir Khan. With his slow tones he gradually takes you to that divine world where one looks at ones real self. The perfect combination of a seasoned voice and the sweetness of mind. There is a sense of elegance in his singing. He does not wish to impress the listener. No attempt to mix popularity with the purity of notes. It can be said that you will not find any pomp and show in his singing. An incredible talent of voice collimation. The creation of a unique world of tunes. It is said about ‘Khandmeru or Merukhand’ that according to calculations, there is a difference there. The Sanskrit book, Sangeet Ratnakar, written by Saarangdev in the fourteenth century reveals this. Khan sahib would do alaap in this method only and while he would do it like this, it would take him long to reach the different notes in ragas like Darbari Kanhada and Miya Malhar. But I think this is the specialty of his singing, that he lives the fundamental nature of a raga. He may take long in going to a different note from the alaap but if you think in this interval deeply, you will realize that you are witnessing the depth of music, the emotions and feelings; and the understanding of each note. Pandit Bhimsen Joshi was infatuated with this understanding of music he had. I remember reading somewhere- someone praised Pandit Bhimsen Joshi and said to him that his singing is something he understands but not Amir Khan’s. Panditji replied – “I listen to him, you can listen to me.”

If you wish to listen to music that has the power to connect you to the divine, then you must listen to Amir Khan. His simplicity in singing awakens the goodness in the listener. I have heard him many times before but suddenly I developed a passion for his singing, looked for his old records and listened again. It went on for three months. The more I listened, the more passionate I became. I felt it is Amir Khan who throws light on the emptiness inside us with his words. While listening I am reminded of what Agyeya had said- ‘shabd brahma hain’ which means that words are everything.

A documentary has also been made on him. The simplicity and gentleness that was part of his personality, was also the basis of his singing. Enduring and serious personality. Patient and serious singing.

The writer is a poet, an art critic and a columnist. 21 books written by him on poetry, travel and different arts have been published. Doordarshan has broadcast a twenty one part series called ‘Dessert Calling’, based on his research and articles. He has won numerous awards like the highest honor in poetry by the Rajasthani Sahitya Academy, travel fellowship by the Sahitya Academy, ‘Rahul Sankrityayan’- the prestigious award by the Indian government’s tourism ministry, ‘Madak Alankaran’ and many more.