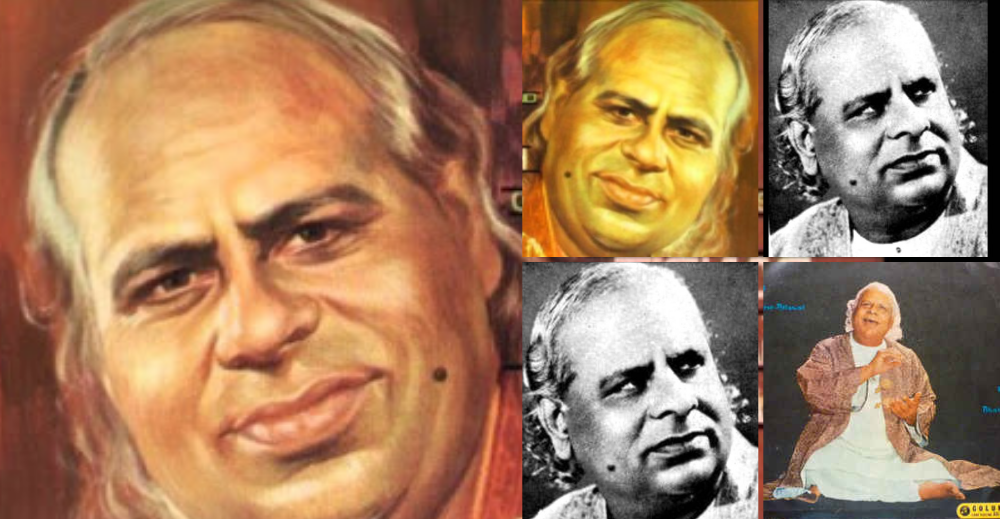 On August 15, 1947, the day India gained independence, the entire nation woke up to the sublime tune of Vande Matram being aired on All India Radio. A noted musician recorded Bankim Chandra Chatterjee’s celebrated poem at Bombay’s AIR studio at the request of Sardar Vallabhbhai Patel. The only condition that the music virtuoso put forth was that he be allowed to sing the entire poem, which was readily accepted. Born on June 24, 1897 in Jahaj village in the Princely State of Baroda (now Anand district), Omnkarnath Thakur fell on hard times in early childhood. His grandfather Mahashankar Thakur had fought for Nawab Saheb Peshwa during the 1857 rebellion. His father Gaurishankar Thakur was also a military man who served in the army of the Queen of Baroda. His family’s financial struggle began when Thakur’s father renounced work to become a monk. Shortly after, he left the family and moved away to live in a hut. Omkarnath Thakur’s mother took it upon herself to run the household and started taking up domestic work in the neighbourhood. With the family struggling to make ends meet, Thakur left education to support his mother. Amidst all this, his father also passed away.

Thakur did various odd jobs which include working in mills, Ramlila troupe and even as domestic help. Since he had the blessings of Maa Saraswati, Omkarnath Thakur took a keen interest in singing. He wanted to learn music but circumstances forced him otherwise. Finally, Shahpurji Mancherji Dungajee, a wealthy Parsi philanthropist, heard him singing and got him admitted to Bombay’s Gandharva Mahavidyalaya where he learnt Hindustani classical from the legendary Vishnu Digambar Paluskar. It did not take long for Palushkar to recognize the ability of his new student. Thakur started accompanying his Guru at music concerts and festivals. Guru’s tremendous trust left a lasting impression on Thakur. He continued training under his Guru until the latter’s demise. Thakur gave his first concert when he was 21. Impressed by his talent, Pandit Palushkar appointed Omkarnath the principal of Gandharva Mahavidyalaya in Lahore where he worked for four years. Later, he went on to become the first dean of the music faculty at Banaras Hindu University. Panditjee had also composed music for the verses of Yajurveda. He transformed the compositions of poets like Jaishankar Prasad and Ramdhari Singh Dinkar into musical dramas. Such was Panditjee’s command over his craft that many believed one could not only listen to his music but see it playing before their eyes. Later, Panditjee left a large legacy of talented disciples who went on to become famous musicians. Among them, a few are Dr. Premlata Sharma, Yashwant Rai Purohit, Kanakrai Trivedi, Shiv Kumar Shukla. His disciples held him in high esteem. Panditjee’s fondness for one of his disciples, Balwant Rai Dutt, is well-known. He was visually-challenged. Initially, Panditjee expressed his inability to teach him but later he agreed. Soon, Balwant Rai won the trust of his Guru with talent and dedication. If Panditjee was caught up in some work, he left it to Balwant to supervise the classes. Panditjee treated him like a son and used to say when Balwant sings, I don’t feel the need to sing anymore. The Padma Awards were instituted in 1954. In the very first year, Panditjee was awarded the Padma Shri for his distinguished contribution to Indian classical music. Dr. Rajendra Prasad, country’s first president, honoured him with the prestigious award. Panditjee survived a heart attack in 1954. Thankfully, the virtuoso recovered well and resumed his music concerts. In 1965, he had a serious stroke, which left him partially paralysed. He breathed his last on December 29, 1967. Recently, the Government of India issued a postage stamp in his honour. Apart from this, Panditjee’s vast expanse of work as a musicologist has been preserved in Bharat Kala Bhavan, Varanasi. The University Museum is bedecked by his medals, certificates and a silver veena, which was presented to him by friends on his fiftieth birthday.