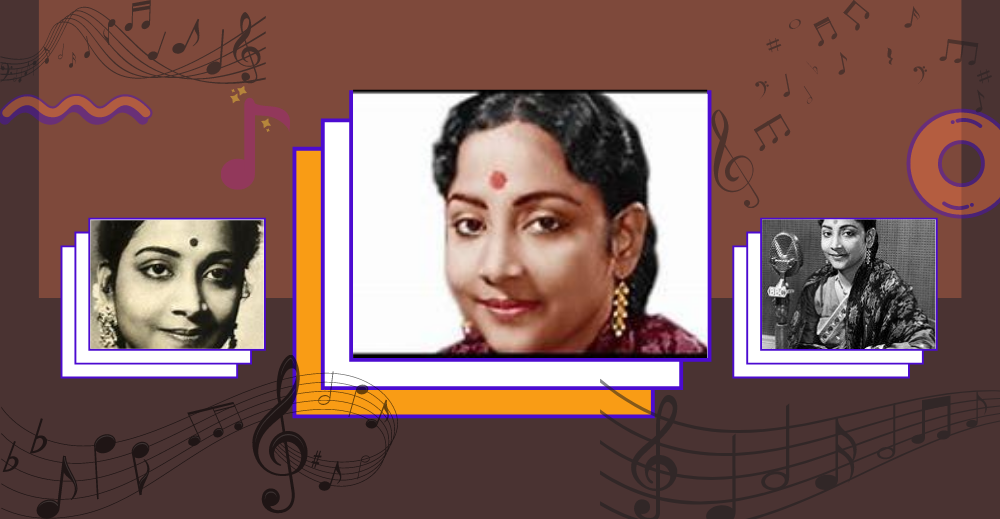 A Biography of an Indian Singer Geeta Dutt

Geeta Dutt was a prominent singer in India, born in Faridpur before partition of India. She found particular prominence as a playback singer in Hindi cinema. She also sang many modern Bengali songs.

Geeta Ghosh Roy Chowdhuri was one of the ten children born in the rich zamindar family of Debendranath Ghosh Roy Chowdhary and Amiya Devi, at Faridpur in Bengal, British India, now in Bangladesh. Her family shifted to Calcutta and then Assam in the early forties, leaving behind their land and properties. In 1942, her parents moved to an apartment in Dadar, Bombay. Geeta was twelve and continued her schooling at the Bengali High School.

In 1947, she got her break with Do Bhai. The music of Do Bhai became a hit with “Mera sundar sapna beet gaya” topping the charts. Geeta Roy’s fresh and melodious voice touched the pulse of thousands of music lovers. The unique versatility of Geeta Dutt to sing any kind of song soon made her race past her contemporaries. S D Burman fully exploited Geeta Dutt’s potential across the spectrum.

In 1957, Guru Dutt had got romantically involved with Waheeda Rehman resulting in the break-up of the marriage which greatly affected Geeta’s singing career. In 1964, Guru Dutt died from a combination of alcohol and an overdose of sleeping pills. His death was widely perceived as a suicide following two earlier attempts. Geeta then suffered a serious nervous breakdown and ran into financial problems. She tried to resume her singing career, cutting discs at Durga Puja and giving stage shows.